Voices From a Border War 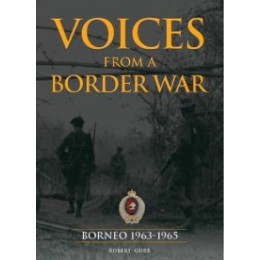 The factual accounts of the preparation and commitment to active operations of a Regular New Zealand battalion are at the core of this narrative.
To many outsiders, the confrontation activities of Indonesia from 1963 to 1966 were something of a sideshow on the world stage. If they were, the resulting commitment by Britain, Australia and New Zealand to assist Malaysia in the struggle was at a high cost in Indonesian lives and money. The internal revolt and bloodbath which occurred in October/November 1965 cost President Sukarno power, and his country much misery in the immediate aftermath.

Confrontation was a low intensity conflict, though it had periods of great activity, and was not short on physical demands, or the need for sharp responses when the enemy was encountered.

The recollections which some of the members of the battalion have sent me are factual. I have used official records, war diaries and Post Operational Reports to authenticate dates and events.

Confrontation against the Borneo States of Sarawak and Sabah began in 1963, and with it came the declared intention of Indonesia to ‘crush’ Malaysia. Like the half-hearted reaction by the rest of the world to her invasion of Timor, Indonesia no doubt felt, at the outset of Confrontation, that the Borneo States would fall, like a ripe plum, into her lap.

It was not until the Indonesians sent armed groups into the Malay peninsula, in August and September 1964, that the New Zealand Government gave 1 RNZIR permission to assist in anti-confrontation operations.