"Ashburton Aviation Museum Super Hangar", and the handover of Skyhawk NZ6204 by the Minister of Defence Dr Mapp.

Don Simms one of the Authors' of the Skyhawks book on Saturday 1 October attended the opening of the Ashburton Aviation Museum Super Hangar.

The Minister of Defence Dr Mapp handed the keys to Skyhawk NZ6204  to the Ashburton Trust Chairman Alister Lilley.

Don was able to present to the project Chairman Owen Moore a copy of Skyhawks: the History of the RNZAF Skyhawk 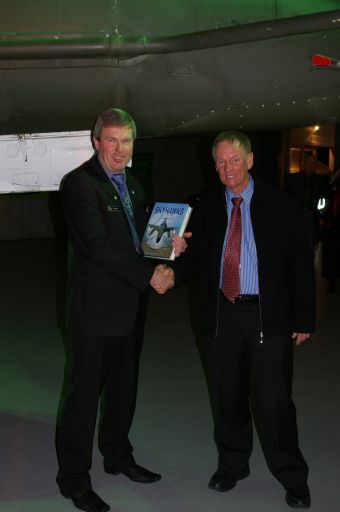 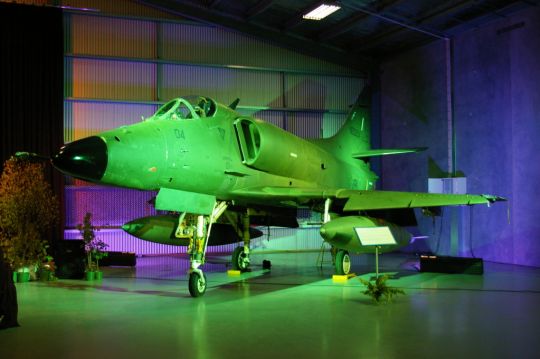