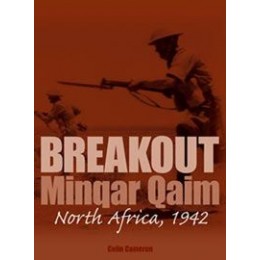 Why revisit Minqar Qaim? Some writers ignore it; some regard the action as merely part of a broader canvas. Others, using it as an example of unrestrained brutality, seek to place it in a context from which to make a political argument. The artillery battle at Minqar Qaim on 27 June and subsequent breakout during the very early morning of 28 June 1942, is regarded as one of the New Zealand Division's best actions in World War II. Minqar Qaim Day, 27 June, is now also the defining moment, the anniversary date for 2 Canterbury, Nelson, Marlborough, West Coast Regiment. Currently (1994) the official Australian position is that the atrocities which reportedly occurred had been caused by the New Zealand troops. It is doubtful now if any of these claims can be fully substantiated, except perhaps in the case of Minqar Qaim.